‘Sippi (with a spoiler of sorts)

In honor of Mississippi becoming a state in the month of December I put ‘Sippi on my list. What an incredibly expansive, volatile story! It follows the lives of two very different people growing up Wakefield County, Mississippi in the 1960s. Carrie Louise Wakefield was born into white money privilege about the same time as Charles Othello Chaney was born into black poverty servitude. “Chuck” and his family worked as servants for Carrie Louise’s extremely wealthy family and would forever be intertwined in each others lives. Over the ever growing turbulent years, events like the Vietnam war, the Civil Rights Movement and the death of Malcolm X stoked the fires of racial unrest. Despite Carrie and Chuck’s vastly different upbringings they both manage to go to college, see a world larger than little Wakefield County. Black and white becomes more and more complicated.

Favorite lines:
“…seriously wondering how a little bouncing hunk of human essence could possibly emerge from this organized confusion” (p 4). If you couldn’t guess Killens is describing childbirth.
“She was time enough and overtime” (p 69). Here, he’s describing a beautiful woman.
“He had been daydreaming in the nighttime”  (p 129).
“Actually he had drunk the kind of whiskey that would not let you walk. It made you run. He was running drunk” (p 218). 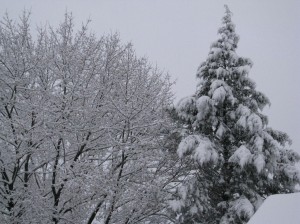 December started off being my fresh start. New houses, new atttitude. It would have been a return to charity walks (or runs?) had a little thing called house hunting not gotten in the way! December ended up being a really, really difficult month. Lost another house, craziness at work, mental health taking a trip south, a passing of a friend and coworker… Here are the books I read escaped with. It may seem like a lot but, keep in mind, I cheated. I was able to read the first two in November.

For LibraryThing it was the fascinating Honeymoon in Tehran by Azadeh Moaveni (really, really good).

Confession: I started Le Mort d’Arthur and couldn’t deal with neither volume one or two. Just not in the mood for the King, no matter how authoritative the version.

So. 11 books. Two being in the month of November and nine as the cure for what ailed me.

Edited to add: someone asked me to post “the count” at the end of each “— Was” blog. What a great idea. I will be starting that next month – something new to start 2009 with. Thanks, A!