A Month in the Life

You could say my obsession is my abode. You could say I’ve been too wrapped up in work. You might even say I have been a little fixated on health issues. All of the above I say. All of the above. Luckily, the proof is only in the house. I haven’t been keeping tabs on work or the workings of me. But, here’s the house and how it’s been:

I had saved all of my other ramblings from ThatSpace. Kept them in a book for some odd reason. Yesterday, I started rereading them. Today I started destroying them. Yesterday they meant something. Today they are stupid. In between the lines I found a few words worth saving, but for the most part I enjoyed destroying stupid.

It’s funny. I think I hold onto all these statements because I remember the moments that prompted them. Isn’t that always the way? You hang onto a hurt because of the way it makes you hate. Well, hate’s a really strong word. I’ll take that one back. And…not all of these favorite quotes come from wanting to bash someone’s head in. April 6th was the day I decided to say something about my sister’s pregnancy. November 6th was the due date. I was hoping for Halloween, but spooky didn’t cooperate. April 26th quote was a bout of melancholy that had nothing to do with madness. *sigh*

These are the days I will remember. For the rest there’s destroying stupid. 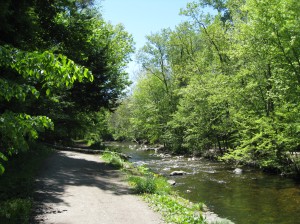 Advantage for the Taking

Someone unexpected lifted me out of my self-imposed anger today. I had been walking about with this you done me Wrong attitude and she turned it into a Right. Not only unexpected but downright heart stopping shocking. I had written her off a long time ago. Suddenly, I am seeing the faint lines of forgiveness coming through the hate. Am I mad?
I hate being lied to and this lie was self-indulgent and stupid. I could have handled the truth but something chose to make it worse by putting my heart in the mix. The smokescreen was as ridiculous as the lie. Could I not see through it? I couldn’t help but vent. After all, I am allergic to smoke. A sort of blood letting for the hurt, so to speak. The kicker is that I chose to spew my frustration to someone who used to produce just as much irritation as I was trying to release. I couldn’t help it and to make matters worse, there was no stopping me once I got going…you know how it is.
Surprise of all surprises, my rant was met with calm. Understanding. Even a solution of sorts. I couldn’t help but laugh, feel a litte silly. Just how old am I anyway? So, there we are: the barnacle, the newbee, the about face and me. Go figure.

Word to the wise: if you want to celebrate education month and you need something really quick to read, grab Educating Esme. Barely 200 pages it’s an entertaining, fast and funny book. This one interested me on so many different levels. For starters, at one time I thought I might be a teacher – even declared Education as my major for a while (until I found out that you never have time to read anything, you just pretend you do). It also interested me because I know two different people who have gone through that “first year” of teaching. They had completely different experiences and I wanted to compare notes.

What went on LibraryThing:
Educating Esme: Diary of a Teacher’s First Year  is smart and funny. It’s a journey inside the mind of a young, fresh-minded educator hell bent on doing things her way. Her lessons and style of teaching are engaging. They allow students to be themselves and in the process learn something.  The students are not bribed or cajoled into lesson plans. Codell disguises education in a safe, fun environment. This is not to say she doesn’t have her share of problems. Chicago has it’s gang culture, it’s broken homes, it’s drug addled families; not to mention a difficult hierarchy within the school system. Codell encounters it all with grace and strength.

Funny quotes: “The way they sassed patrons they didn’t like. The way they seemed to know too much. A little like librarians” (p 62). You would think this quote would somehow offend me on some level…especially considering the fact Esme is describing prostitutes! LOL
“What sort of Jedi would I be if I don’t really face the Dark Side? Mr. Turner may be Vader, but is there an enemy that remains to be revealed , like that bossy old wrinkled guy who told Vader what to do?” (p 112).

I added this to the December list when I read a review describing it as “short.” It’s much shorter than I thought – only 49 pages of “diary” and a few more pages of statistical information. So short that I was able to read it over a lunch break. I’m glad it was a quick read because I couldn’t put it down. I’m a sucker for charitable tactics, especially unique ones, and this book definitely qualifies. CARE International (a non-profit organization dedicated to fighting global poverty) funded Bill Bryson’s trip to Nairobi, Africa with the request that he write about his eight day adventure. Bryson is known for his travel literature, his humor, and his expressive way of describing life around him. He would certainly be able to describe the poverty, the landscape, and best of all, the people of Africa. Many reviewers called this book a charity puff-piece, a lengthy advertisement for the work of CARE, and were bitter about the $12 price tag. What they missed out on was the stunning photography, the wry humor and the painless way to do good (all royalties and profit from the sale of the book went to CARE International).
Speaking of humor, here are a few of my favorite lines: “…tireless commitment to mediocrity” (p 2), “you had to be really unlucky to be shot and stabbed” (p 4), “Kenyan Railways has something of a tradition of killing its passengers” (p 21) and, “Watamu was tranquil to the point of being comatose” (25). There are other funny moments: “flying toilets,” and flying for real, to name two.

BookLust Twist: From More Book Lust and the chapter “Bill Bryson: Too Good to Miss” (p 36). This being my first introduction to Bryson I am looking forward to more.

From the moment I started reading Mrs. Chestnut’s diary I felt I was in for gossip, gossip, gossip. While this is a great first hand account of life during the Civil War, I couldn’t get over how much of a name-dropping, political hob-nobbing, party-going Southerner she was! Another thing I noticed  was how humorous Mrs. Chestnut was! Here are a few of her more comical entries:

“There Mrs. Hunter told us a joke that made me sorry I had come” (p 8). But, she never does explain the joke was! Too bad!
“At camp meeting he got religion, handed round the hat, took the offering to the Lord down into the swamp to pray over it, untied his horse and fled with it, hat, contribution and all” (p 13).
“I think this journal will be disadvantageous for me, for I spend my time now like a spider, spinning my own entrails, instead of reading as my habit in all my spare moments” (p 22). See, gossip, gossip!
“Every woman in the house is ready to rush into the Florence Nightingale business” (p 70). Good ole fashion jealousy, perhaps?

I think the only quote to get to me showed the attitudes of the time, “Women need maternity to bring out their best and true loveliness” (p 86). We’ve been here before.

All in all, Mary Chestnut’s diary was a delight to read. I fell in love with some of the language: flinders, rataplan, brickbat, and best of all, envenom. Love that word! Witty and humorous, it didn’t read like a history textbook. Instead, it gave texture to the sounds and sights and warmth to the personalities from the Civil War. More importantly, it gave a sense of what it was like to be a woman during that time.