Diving Bell and the Butterfly

Bauby, Jean-Dominique. The Diving Bell and the Butterfly. New York: Alfred A. Knopf, 1997.

My father died of a massive stroke. When I first opened Bauby’s book I thought I knew what the life of a stroke survivor would be about. I was wrong.

Jean-Dominique Bauby was 43 years old when he was the victim of a rare kind of stroke that occurs in the brain stem. While he survives the event he is basically a prisoner in his own body. His body was completely paralyzed to the point where he could only move one eyelid. From this meager movement he learned to communicate with others and, amazingly, write this memoir. The title of the book comes from Bauby’s description of his condition. While his body felt as weighted down as a diving bell sinking in the sea, his mind was as free as a butterfly floating on the breeze.
There is a sense of stoic realism in Bauby’s tone and while it is impossible to believe, there is also a touch of humor in Bauby’s heartbreaking story. When he talks of everyone gathering for physical therapy and those same patients being uncomfortable with his plight. He describes their eyes skidding away from him as “…feeling the sudden need to study the ceiling smoke detector. The “tourist” must be very worried about fire” (p 33).

Other quotes that grabbed me: “She would take a vacation from life for five minutes or several hours” (p 67) and “I can weep discreetly. People think my eye is watering” (p 78).

As an aside, Bauby’s hospital room was #119. Go listen to Natalie Merchant’s “Verdi Cries.” The opening lyric is “The man in 119 takes his tea all alone.” I wonder what Natalie would have thought about this man in 119?

Reason read: There is a day in August when you are supposed to acknowledge guilt. I can’t remember where I learned this but I am reading The Diving Bell and the Butterfly because it definitely makes me feel guilty.

Author fact: Jean-Dominique Bauby died just two short days after the French publication of The Diving Bell and the Butterfly. Did he have any idea how many people he would touch with his memoir?

Book trivia: While The Diving Bell and the Butterfly is short, less than 150 pages, it is huge on emotion. It has also been made into a movie. Now, there’s a tear jerker! 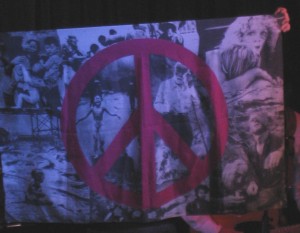 What exactly does that mean, blind faith? Is it stupid trust? Is it unknowing confidence? Is it naive hope? What does it mean to have blind faith in something you don’t believe in? Such are the questions. Where are the answers? I am too headstrong for reasoning.

You accused me of something so blind, so stupid, so unknowing and naive. Where was the faith? The trust? The confidence? The hope that I would never steer you wrong. To do you wrong is to do an army of people wrong. Don’t get me wrong, but an army of people more precious than what I mean to you. That might not be saying much, but that’s what I mean without saying too much.

I have given up trying to be meaner than how angry I really am. It’s like too sweet frosting on a cake made without sugar. The compensation just doesn’t cut it. Proportionally, it doesn’t make sense. At the end of the day I find myself not really caring. That’s not mean, just real. Why get fired up over something I have no fire for? It’s like the person who hates without knowing. Hating just because it seems like the easy thing to do. In the end, when it’s all said and done, was that hate worth anything to the hater? Not really sure. Wasted energy some would say. For a life too short, I would add.

What exactly am I trying to say? I’m not sure. Maybe I’ll never know. This is what came to mind when I thought about you. This is what popped out when I opened my mind to think. So, in the spirit of blind faith I say have faith no more. “Open up your eyes. See me for what I am. Cast in iron I won’t break and I won’t bend.” ~ Headstrong, 10,000 Maniacs.  Words by Natalie Merchant.

The last month has been a weird sort of hell. While the house has been awesome, getting settled hasn’t been all that fun. We are still moving out at the same time as moving in. Still. We are still living out of boxes. Still. Yeah, yeah. Don’t tell me because I’ve heard it before. These Things Take Time. I should be wearing the words as a slogan across my chest. Or tattooed on my forehead. Something. Yeah, yeah. I know the words. It’s not like I haven’t moved (17 times) before. My frustration lies in the lack of time I have to dedicate. It takes time but I have no time to donate.

Last week They were on campus. They are the same They I talked about in my Entitled to Tell You So blog. They stormed the gates again and this time I took it personally. Here’s another yeah yeah moment. I KNOW they weren’t talking about MY job performance. I KNOW they weren’t talking about ME when the listed the library as a concern, as a weakness to the institution. Nothing they announced was new. So, why do I take it so personally? I’ll tell you why. I have been busting my azz to say We Need This- We Need That. My words went nowhere. But, talk is cheap. Words are well, just words. think of all those sayings – put your money where your mouth is, talk is cheap, actions speak louder than words…blahblahblah. I felt like I was screaming into the wind when I should have been learning to harness that wind and fly. DO something.

I have stressed so much about the upcoming, inevitable failings that I have blown off friends and family. I owe my mother a phone call. I owe my nephew an apology. I owe just as much as I woe. My head has been up my azz looking for the sh!t that makes work work. If that makes any sense. Because now that it’s done I feel dumb. I worried for nothing because They didn’t tell me anything new, nothing I didn’t already know.

Now it’s done. I’m done with the rant, too. I got it out. I got over it. Now, it’s time to do something. It’s time to start flying.

Bob and the Vandals

I would have liked to have known Bob Dylan in 1962. Right before things started to get crazy for him and even crazier for the nation. I would have liked him as a friend. Maybe less for his music and more for his personality. I liked his sense of humor and can’t help but wonder if he has it still. Are you still funny, Bob? Are ya? I liked his unwillingness to be painted into a corner or labeled like a cheap suit doused with cheaper cologne. I admired his tenacity to keep singing when so-called fans started to protest against his electric sound. I laughed at his ability to dodge questions about being a protesting artist with a hidden agenda or unclear message. What are you trying to say, Bob? ‘I don’t know’ seemed like the perfect answer and he used it all the time. He put everyone from reporters to Joan in their places. Take that! All that was left was (and still is) the whining about how they didn’t understand him (and still don’t).
Imagine being able to write lyrics so crazy good that they flow out of you nonstopping, unstopable. You write so well you can’t keep your own sentences straight. Can’t remember the difference between what you wanted to say and what you actually did say. Don’t even recognize yourself on the radio. I would give anything to write like that for just one day. I’d write the perfect letter. I know who I’d send it to. He’d have to read it because of its perfection. He wouldn’t be able to help himself. Since I can’t write like that, I won’t. Instead, I will listen to Bob. I’ll listen to the vandals take his words and run with them. Tangle them up in blue, steal them for their own. Brilliant by default. Brilliant because of Bob.

Confessional: I wrote this back in August (on the 6th to be exact). I am reallllly pressed for time today so I’m cheating and sending this one up – unfinished.

When to Hold ‘Em

When I was a kid Kenny Rogers was cool. More than cool. His ‘Coward of the County’ was king. His ‘Gambler’ was even cooler than that. I didn’t know much about gambling, the card playing kind. But, I knew about taking risks. Or, as Natalie says, “taking dares with yes.” I stretched my safety to the limits, kicked at the walls of my comfort zone all the time. It’s the only way I knew how to be. If there was a line to walk I wobbled just outside of it. Teetered on the edge of trouble. I think I was so terrible because I couldn’t get attention. Not the kind I craved. The line “when to hold ’em” was always “when to hold ME” in my mind. And I lived by the options of walking or running away. Did it all the time. If it wasn’t a physical move-to-a-new-state-no-forwarding-address kind of move it was an I Need To End This Relationship Right Now kind of running away. Shutting down, kicking someone out. Let me leave you before you leave me. Allow me to hurt myself before you do it for me. Walking or running I was always leaving someone or something.

As an adult here’s what bothers me about Kenny’s song. He says “Know when to walk away, know when to run.” Well, what about staying? Wasn’t that ever an option in his world or mine? Just sitting right there, not flinching a muscle. Not twitching a lip. Doing absolutely nothing. Being braver than brave for not bolting. I don’t get it or me. Wasn’t I stronger than that? I don’t think I’ll ever know the answer to that. Really.